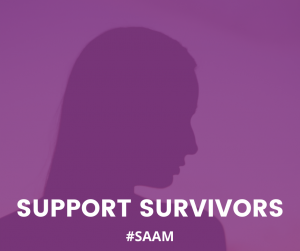 *Tali is a Middle Eastern woman who came to Ayuda seeking legal representation in obtaining a civil protection order (“CPO”) against her ex-husband and father of her child.

When Tali and Amir started dating, Amir was charming, caring, and kind. However, once they were married, Amir’s true self shown. He regularly demeaned Tali. He physically assaulted her even while she was pregnant with the child, Ziva. He sexually assaulted her, claiming it was his right as a husband to have sexual relations with her. This abuse continued after the parties moved to D.C. Amir’s physical abuse on Tali was so severe that she went into labor and gave birth to Ziva a week early.

Amir returned to the parties’ home country and filed for divorce and sole custody of Ziva. In the end, the parties were granted an absolute divorce, Tali was granted sole custody of Ziva, and Amir was granted visitation with Ziva and ordered to pay child support. After the order was issued, Amir followed Tali  as she drove, opened her car door to punch her, and attempted to kidnap Ziva. Thankfully, neighbors were able to stop Amir and Tali was able to flee with Ziva. Tali returned to D.C. with Ziva and sought to file a CPO from Amir.

Tali found the support she needed at Ayuda. She met with an attorney, who explained the process of obtaining a CPO to her. Tali’s attorney represented her in court and successfully obtained a CPO against Amir. The CPO granted Tali emergency sole custody of Ziva with no visitations for Amir for one year.

Unfortunately, this did not stop Amir from continuing to hurt Tali. He violated her CPO on various occasions by near her person and home. Amir was finally arrested and charged after the most recent violation. After Amir was released from jail, Amir’s new mode of abusing Tali was to harass her through frivolous litigation. Amir filed to vacate her CPO, filed his own CPO against her, filed a civil complaint against her, and filed for sole custody of Ziva.

It was thus clear that Tali required a longer-term solution in separating herself from Amir and ensuring she and Ziva were protected. Tali’s Ayuda attorney has opposed all of Amir’s filings, ensured her rights as a crime victim are honored, and took over representing Tali in Amir’s case for sole custody from another organization who was not as well versed in international custody cases.

Tali has expressed relief that her Ayuda attorneys have helped her and Ziva in a legal system that she feels she would not have been able to navigate alone as an immigrant unfamiliar with the justice system.

There are many others who are victims of violence like Talia, but because of the current treatment of Immigrants, their status and or financial situation they do not seek legal assistance, or they are unable to get help on their own.

You can help by supporting organizations, like Ayuda, so we can have communities where victims of domestic violence and sexual assault have a voice, perpetrators know their actions will not be tolerated, and so we can one day end sexual violence.